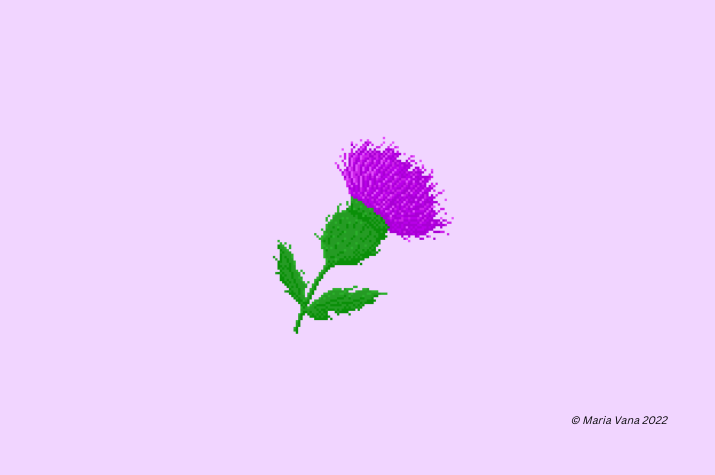 Sometimes things go sideways for us – a high-achieving girl competing in swimming turns into a depressed, even lazy, couch potato. When my mental health started to twindle, my physical wellness went with it. I gained kilos to the point of not being able to move due to the issues weight can bring with it. In this post, I will talk about the time I spent being 130kg, the health issues, and most of all, how it affected my already poor self-image.

The first thing I started noticing with my fall from the grace of slenderity was that I started losing my breath. I struggled walking for longer periods of time and even had to stop riding bicycles since my behind got to a point where sitting on the saddle was nothing but annoying and painful.

I remember a day in daycare (it was actually a government-issue rehabilitative working I was assigned into after being mental and jobless for quite a while). We went for a walk in the forest, a nice stroll for most people… but for me, it was agony. Along the somewhat moist hiking path was a hill, and one of the coaches stayed with me as I did my best to keep walking. One foot in front of the other. I made it to the top, yes, but after the walk, while I was waiting to be picked up so I could go home, my legs nearly gave in. I cried, alone, my feet killing me, barely able to stand.

This is quite the drastic change from the bright child I used to be. The child that competed in national swimming competitions, sometimes even doing good in them. A change from following my wayward sister’s footsteps after she closed her door to swimming altogether (she was my father’s prodigy). Gaining ludicrous amounts of weight meant I lost my identity as an athlete, all the while that side of me still keeps nagging me about my unfit state to this day.

After the sports had gone, the rest followed. It was only expected, of course, that my joints would start including their cries into the symphony of my already deteriorating body. My elbows went first, as I used to be able to do a respectable amount of lifting and push-ups – now the poor things crackle and pop should I even try to put any serious weight on them. Later on, my knees joined the choir, and going down to a squat became an agonizing task. If I went down, I did not get up again without rolling out of it.

My feet started scaring me with their swelling, either from my immobility and being stuck in the chair, or from early signs of adult diabetes (along with itchy skin and general tiredness/fatigue). At my worst, the gathering liquids made a literal bubble under my skin, right on top of the toes. You could press it and a crater would be left behind. I must say, the toes were not very happy about this situation.

The most concerning thing is that none of the above affected me as much as the appearance of the Plantar Fasciitis (if you want to know more about it, here is a link to Wikipedia for you). It meant that in the mornings, when normal people sprung up from their beds, ready to face the world, I crawled up in agony as my heels did not allow me to take one step without pain. It meant that I could not go for proper walks, not to shop in the store, not to walk the dog… People, when you lose your ability to do basic things like walking due to obesity, it’s time to change the course of your miserable, beat-up boat.

My body was so out of sync it became normal not to have a regular period. I’m sure women can appreciate regular functions such as these since it is typically not a good sign if you start missing your cycle or having it out of order. My body just was not happy with me in any way or form, and as a woman, it was very much shown in the monthly visitor’s irregularity.

Another way my poor vessel showcased its unhappiness was with my digestive health. The system did not work fluidly, having seasons of running and constipation, never quite letting me rest in between. It was a ghastly business, and while I’m sure my poor dietary habits contributed to the chaos, being way out there with the weight undoubtedly put some unnecessary pressure on my insides as a whole.

As mentioned before, I used to be a competitive sportsman. First, it was swimming, and after that, I was into TaeKwon-Do for a while. When swimming, my father took me to train 5-7 times a week, and while doing the grand martial arts I participated in 2-3 sessions on a weekly basis. This meant that if I felt like it, I could fall like a plank from a standing position, and catch myself without ever having to fear busting joints or smashing my face to the carpet.

Because of that history, I now have an overachiever demon whispering into my ear. It keeps reminding me of my strength, my fitness, and most of all, my body shape. It has not been easy trying to live a life of plump while that side of me gives its unwanted and hurtful remarks. It got to the point where I couldn’t stand looking or touching myself – my self-image got torn to pieces as I gained weight.

I didn’t need my father to tell me that I ‘’should start moving more’’, to understand my situation. I didn’t need the disappointment of family and friends, or even the daycare people when I couldn’t stay active for more than half an hour at a time. I was doing a banging job of it myself. I, and I alone, was enough to destroy my self-esteem and to begin the process of hate that still burdens me today.

For years, I didn’t really look at myself, and only touched my midsection or legs when I had to (i.e shower). Beyond that, I certainly didn’t let anyone else touch me, at all preferably, until my husband came along and started the marital version of exposure therapy. The man has no boundaries… and I am glad of that.

These days, with his amazing help, I am not avoiding mirrors anymore, and can be playful as well as feel good in my body most of the time. Of course, occasionally I have my moments of torment and self-hatred, but since my return to the path of life, things seem to have gotten better. Just gotta trust in the process I suppose!

Have you struggled with weight? Let us know in the comments!

Want to know more about my journey? Sign up for the weekly newsletter!