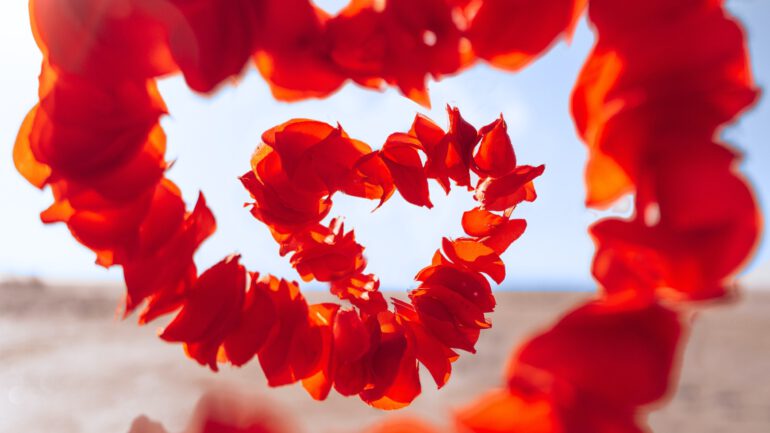 Once I got married, I found out one of the biggest secrets of life, and at the same time, one of the biggest lies people tell themselves and others: We need to stop running after the fake image we have of true love. The following is my woman’s perspective, a rant on the topic!

Fairytail endings don’t happen, and entitlement from us won’t help either.

Who wouldn’t love that dream come true, where a prince rides on his white horse to save us and things go down so smoothly that it’s almost sickly sweet? Well, I wouldn’t for one, none of that depicts actual life. There are no perfect princes, and it seems in today’s world that there are even less perfect princesses.

Men are riling up to not marry, they just don’t want to. And I can understand them. I wouldn’t want to pair up with people that are in the mentality of the toxic feminism of the world which allows for fathers to be separated from their children just because the mother is the primary candidate to win the custody fight. I also don’t wonder why they wouldn’t pick the girls that dress up for a hunt instead of a legitimate date, all in the name of empowerment. If I was a guy, I would be terrified. But I got sidetracked, my view on the uproar of the feminism movement is its own rant.

Our entitlement will be our downfall in love.

These utopic scenarios of ‘’chase your dream man”, and “Don’t give up a single thing!”. Are you kidding me? What kind of a way is that to look at a mutually equal and beneficial relationship? And in what world do you expect to get together with another person that will be so perfect? And why would you even want that kind of a yes-man?

It feels like a joke of this day that people somehow excuse their lack of love with phrases such as “oh we were just not mean to be” or “I’m still waiting for the right one”. Girl, a bonus secret for your convenience: You will very likely be waiting till the end of time.

Relationships are all about compromises. He yields some, you yield some. And then you get to see this amazing thing happen where both of you get to evolve and improve as human beings, respecting the other and understanding that hey, this is a relationship now. Even more so in a marriage. You think you can just keep doing whatever you want on the basis that you’re entitled to be free and chase whatever you want to chase? Think again.

If you can not compromise, stay out of the field of love.

I’m not saying you have to compromise to the point of selling your soul to the devil, of course not. But if you get glitchy over things that don’t really matter in the big picture (like say, not getting material gifts and all sorts of tokens of affection. Those account for nothing in the end), do us all a favor and just stay out of it. Or find a partner that is as misguided as you are.

With this comes the second thing people tend to not do when hunting for their perfect companion for life: Be true to yourself. Like, absolutely, brutally, 110% true. You won’t gain anything by keeping orbiters or friend-zoning people. Unless you like having somewhat dishonest connections in your life.

I’ve heard and read so many men’s views on the matter already about how they think of women, and how they tend not to even try and be ‘’friends’’ with a woman unless they see a potential partner in them. Women, on the other hand, don’t seem to understand how vexing it is for the guys to have to deal with all the other ‘’friends’’ and orbiters around the one they might like. The other option is that you’ve become one of the ‘’bros’’ and no longer are a valid candidate for a romantic relationship.

Alas, I admit, it was fun having orbiters.

That feeling when someone, especially for someone messed up in the head like me, gives compliments, it’s just too good. It is validating, even if it is a lie to gain something.

But girls, come on, it’s not going to lead to anything good. Especially for us with some bonus problems to deal with. These people will stay until they see for sure that they can’t get anything, and then they move on. How much are you willing to give in return for the hollow company?

And don’t even get me started on keeping them around when you actually manage to find that guy that was willing to go through the trouble of getting through to you. Just don’t do it. I have this feeling that no matter how much people like to tell themselves that they can have girls and boys as friends and it’s just platonic… It’s not going to be like that forever. Someone will get jealous, and the heavens will weep.

We had some serious talks about it with my husband and agreed on a very powerful thought: Nobody, and I mean NOBODY, is more important than your spouse.

When talking about people other than yourself, your spouse comes first. Always. Oh but Maria, that can’t be, what about family, friends? Well, my friends, one simple question for you: Are any of these people the one you decided to live your life 24/7 with and make them a permanent part of it? Did you go through the ceremonies and promises, the legal binding?

See, here is the thing. Who you spend your time with is a choice. It shouldn’t be based on solely emotions, though if someone makes you feel good obviously you will gravitate towards them. But is that person the one you should sink your time on? Or is there someone more important.

Here is the actual concept of true love, in contrast to the weirdly popular and delusional one: True love is a choice.

Every day you must choose to love. You must make the choice you made the day you decided to marry. Say yes to your spouse, no matter what they may or may not be doing to annoy you. It is a choice.

Did you keep up with the passion you had in the beginning? Did you keep taking care of yourself?

All of it comes down to choices.

Firstly, were you absolutely true to yourself when you were hunting for a husband or a boyfriend? Secondly, did you prepare for the fact that compromises have to happen? And thirdly, did you choose not to stop caring, for yourself and your partner, because he was the one you chose, and he chose you for who you portrayed to him at the beginning of your journey?

What do you think True Love is? Let us know in the comments below!