How would you respond to a Bomb Threat? 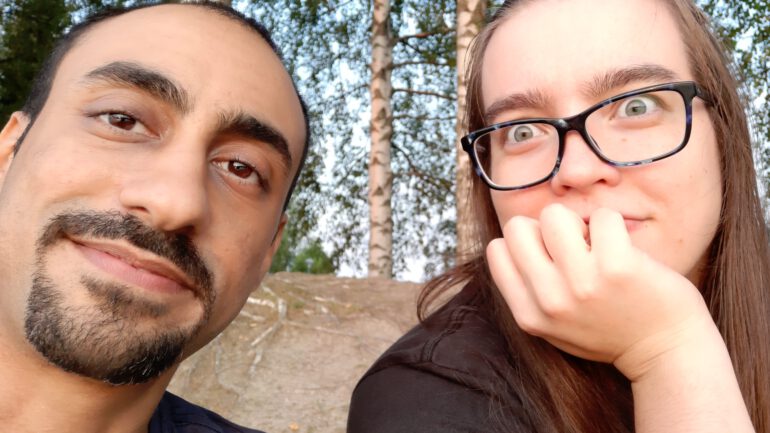 At the beginning of November, 2020, we got a serious scare as some lunatic started shouting in front of our building that he had a bomb.

He spoke like a native Finn and raved on about how he is a wanted man, that he has hostages and that yes, he has a bomb.

What makes a person get to that point?

Afterward, I thought he sounded somewhat desperate as he was trying to taunt to police and shouting names in the night, almost as if to beg for attention.

Now, it may have been just some lunatic shouting for attention, yes, but I truly believe that we can not afford not taking these things seriously in this day and age. Every threat like that should be treated with due seriousness and the severity of the punishment should be heavier, as per the near terroristic claims he was spouting out.

My beloved husband, bless his soul, took control of our situation and called the police as well as the housing providers to get their security on the case. Me? I was trying hard not to keep seeing in us blown to pieces as my mentally challenged brain would’ve liked to suggest.

The whole thing was over in about an hour, I think.

Some faint screams and yelps from further down the block and soon after we heard the police tiptoeing behind our door on the fifth floor. A robust knock on the door and a taser ready to Zapp anything suspicious got my husband, who kindly opened the door for the officers, immediately raised his arms and let them know they don’t need to get trigger happy. My husband tells me it was a ‘’fun experience’’. I mean… You don’t get to see that kind of police procedure every day I suppose?

I got up from the bed and went to help him explain to the police what happened, I have the benefit of the Finnish language on my side after all. After a short chat, they told us they caught the guy and that we can sleep peacefully. I thought that was sweet.

I mean what an eventful evening. Be terrified of a bomb man, watch your husband be wary of a taser and then just go to sleep, ‘cause why not.

The whole time I was in a sort of haze as my husband scouted for the situation and made plans for most of the possible scenarios that could happen in his mind. I am truly blessed to have a man that keeps his cool, even in such a surreal situation, so that I can lean on his calmness.

Me alone in that situation? I would’ve flipped my shit three times over, I’m not even able to call the emergency number due to my fear of phone calls and severe reactivity to stressful situations. I mean, I dissociated so badly that I hardly even remember the police officers’ faces.

I must say I am grateful though, for the actions taken by the authorities and for the threat being handled with all due seriousness. Because of that and my husband, I managed to go to sleep without my mind conjuring up its favorite gruesome nightmares.

2 thoughts on “How would you respond to a Bomb Threat?”