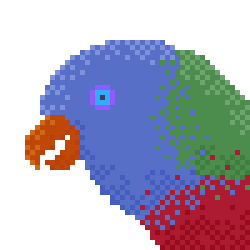 The era of Social Media

So, here I am, about to embark on a voyage to the cesspit of humanity, also known as Social Media. In today’s world, at first glance, it might seem like this freely flowing tsunami of information is a good thing. Well, let me tell you – it is, and it isn’t.

You see, while there is a lot of benefits in having discussions about anything with almost any kind of person out there, conveniently anonymous toxicity also runs rampant. The dangers of cult-like behaviors and mob mentality are stronger than ever. At least as far as I can see.  People get together with like-minded individuals from across the world seeking validation for their points of view, forming clans that would crush anyone that dares raise an opposing tone.

It is time to add another voice to that chaos; mine.

But Why, Why would you do that, Maria?

I decided to start talking about these things that interest me, and which resonate with me on some level, due to a post I read. The post was about a list of things that some presumably male individual had put up as a reference for what he seeks in a woman that he’d consider for a long-term relationship. The comments underneath were horrid in my opinion, and so, I couldn’t stay out of it. I got my share of bitter bites, but I think I prevailed. You’ll see what I’m talking about in the first installments of Twitter Tales.

In this world, we are facing a wave of people who would like nothing more than to silence the opposing, often more rational people. Especially if it is a man talking. A white, heterosexual man. I had a post about why I don’t advocate feminism, and I’m sure this topic will come up more as I delve into the tweets that I find interesting.

I also wanted to use this blog as an extension of my thoughts, as I can not fit what I want to say into the very limited field of a tweet. I also wish to showcase what the ‘’conversation” has become in some cases, though I must admit that I will be biased against them, as often they were already toxic from the beginning, and thus I should’ve maybe considered whether to join in or not. But hey, what can I do, people love drama! Me included apparently.

Simply because it seems to be my chosen platform. When I wake up, I browse the most recent tweets, put my words out there if I feel the topic is something I can contribute to or have something to say about anything, and go on with my day.

Occasionally, these threads of tweets seem to bring forth that delicious drama, or sometimes even legit conversations. Don’t get me wrong, it’s not all rage out there, I’ve managed to find some sensible accounts to follow on my journeys.

On some level, Twitter seems to resonate with me with its short stories, the community, and the vast variety of people using it from all walks of life. I am keen to see if there are some legit conversations, rational, non-toxic ones, to be had with people of the opposing ideas to mine. Maybe we can learn something from each other in the process!

What kind of topics to expect?

If you skim through my site, you’ll see that I mostly talk about mental health, Borderline Personality Disorder in specific. So expect a lot of that.

Another thing I feel strongly about is my role as a housewife, and my journey to become better at it as time goes by. This topic just so happens to be one that causes a lot of friction between the hardcore modern feminists and me, and so should be a nigh endless source of wonder for us. I’m also baffled by the lack of non-religious housewives and wondering if I could possibly find them lurking about.

Other topics may include but not be limited to things such as writing, philosophical questions and ponderings of life, and more. I might even include Tales from other platforms If I come across something amusing!

Before I wish myself luck on this seemingly doomed trip to the mess that is Social media, I would like to remind you that the opinions and views on this blog are purely my own, and more importantly, for self-growth and entertainment purposes. I invite you to have a civil discussion, if that is what you’d like to have, in the comment section!

Good luck to me, I will need it!