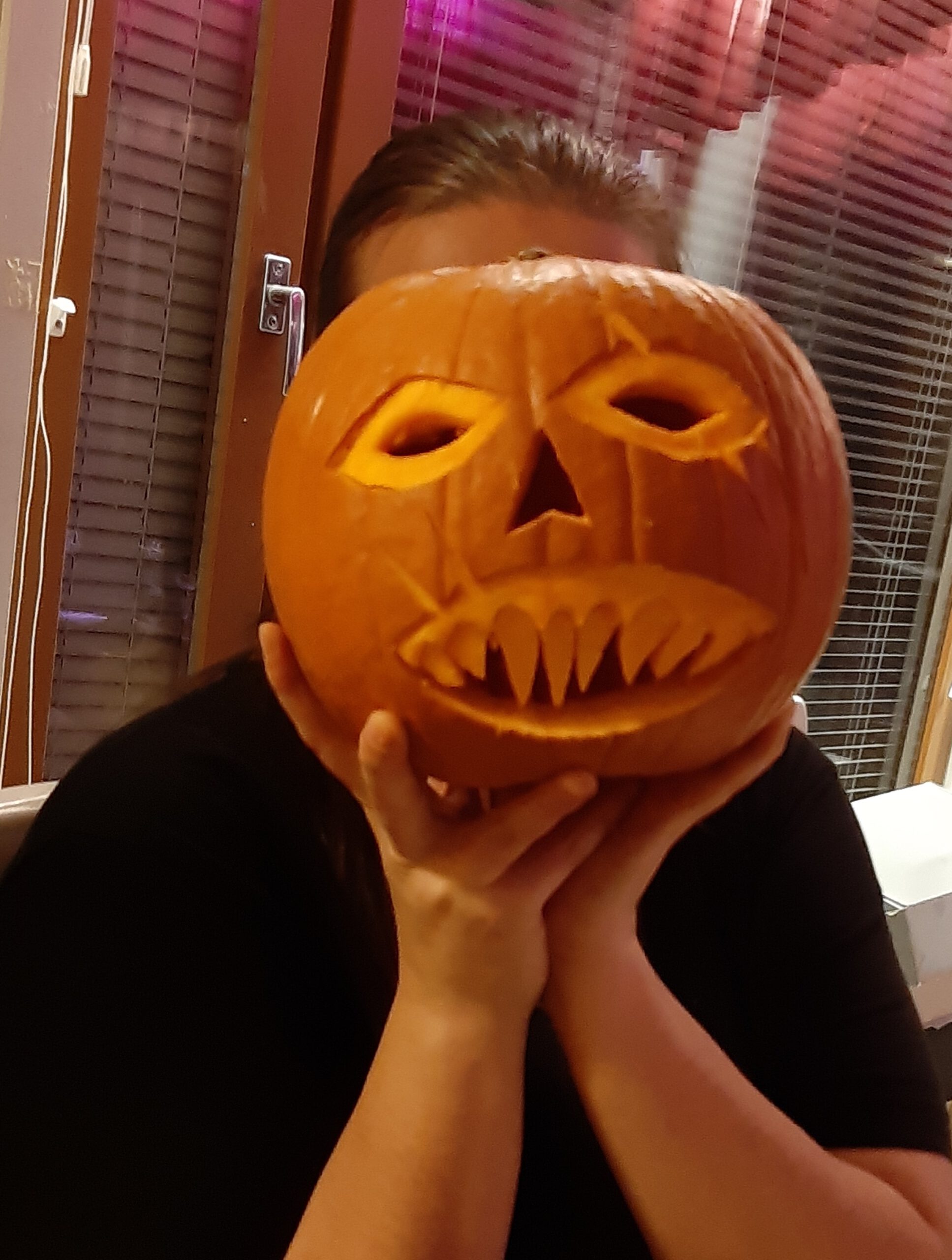 For a few years in the past, I tried to keep up a tradition of carving pumpkins at Halloween. I would also sit down and perhaps even go to the movies to see a horror film and if the situation allowed, I would try and get to the Creepy Carnival that is typically held at Särkänniemi amusement park in Tampere.

I had special moments with it for sure but I think that this first time was the sweetest and brightest so far.

It was the year 2019 and my to-be-husband had been with me in Finland for only a month or so. It was his first experience with the seasons in this way and, you guessed it, his very first snow too!

My husband hails from Israel and well, let me tell you the seasons down there don’t hold a candle to the switches of weather up here in Finland. I had hoped to show him the amazing mountains of snow and the -30 colds but we had no such luck, as the winter has been going warmer by the year.

I’ll give you a friendly hint; should your weatherly challenged spouse start hissing at the windows and mumbling and demanding the snow get off their lawn, well, let them have that. It’s hard to see the looming, toe freezing potential of the yard you see as a blooming meadow. (Also, don’t forget to give your spouse proper winter shoes, we had a serious scare one day when my husband went out for a walk and came back with his toes so cold they were practically blue already! Don’t worry though, we saved his feet with grace and a lot of warmth.)

It was his first time carving pumpkins while I had been doing it for a few years.

The first thing you must take care of is safety, obviously, we don’t want the over-eager stabbers to accidentally stab themselves now do we. And secondly, if you want to see life be sucked out of your companions and the desire to stab get higher, give them a very, very dull spoon to gut the pumpkin with.

Mr. Vana did good for his first time and despite the mess and my overachiever style of layer carving, I think it’s safe to say we had a good time.

And in the end, having a good time with your loved ones is all that matters.