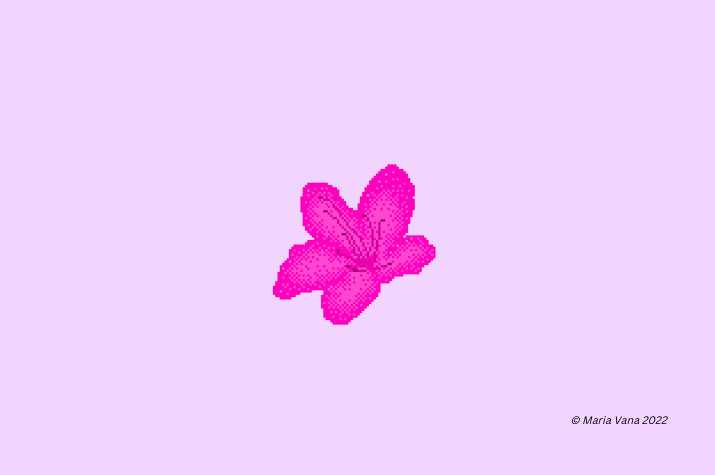 I wanted to take this moment to reminisce about a holiday that used to carry a lot of meaning for me, all the way until I had my awakening to the reality of things. Since I met my husband, we have started to create our own traditions, and while carving the occasional pumpkin is still close to my heart, I find immense joy in trying to mesh our respective heritages together to create something unique to us rather than try to force my outdated fixations on my husband.

Halloween was always important to me as the magical ‘’Day of the Dead’’. I felt like it brought me closer to the ones I had lost before, people like my grandparents whom I barely knew, my friends that had died before their time, and even my beloved puppy who I lost to lymphoma after a long and tiring battle that was futile from the getgo.

Halloween was a magical time for me, as I never felt truly connected to life until I met my husband. Before him, I often hoped I could see my friends again, the ones I had lost, as I thought it would somehow be better if that happened. And as we all know, on the Day of the Dead our late loved ones can walk among us, and so I opted to hold on to that fantasy.

I felt as though this one day in a year was perfect for me, as I could freely talk about the ones I had lost, and dwell in death altogether without getting weird looks like I did most of the time when it came to my unhealthy fixation and odd thoughts about the macabre.

Trying to make it into a tradition

I was always waiting for the end of October to be able to bust out my carving knives, to watch that one movie of my choice in a year that was graced with some company, and to go see the carnival or otherwise celebrate the occasion. Every other Holiday was bland and grey in my eyes, there was no joy in them, no real meaning or excitement. I never quite fell for Santa, as he never visited us when I was little, and to be honest, most of the Christian holidays felt more like a force-fed platter of porridge than something I should look forward to.

I kept up with the charade for a few years before I met my husband, dragging people with me to buy pumpkins, to carve them, to rant about those movies I had watched (since even if I only got one a year with others, I certainly was spending my time holed up in my room watching tons of them, which by no means was a good thing considering I am a sponge!) or whatever else.

Even after my husband came into my life and swayed me away from the dark side, I spent a large portion of the first two years of our relationship feeling anguish over the lost or late celebrations, and all the missed pumpkins and carnivals. I wonder why my husband kept humoring me, though since he loves me and doesn’t mind spending time with me, he probably just decided to go along with my obsession until it inevitably died out.

On our first Halloween together we hadn’t yet moved into our own apartment, it was his first ever winter, and we carved separate pumpkins. It was his first time carving too, and he did a marvelous job! His cute little creation had square eyes, a crooked smile, and an x-shaped hole for a bandaid on its cheek. The pumpkin was smiling. That memory is such a treasure, as my own pumpkins had always looked very much angry or sorrowful.

And then we moved into our own place, and our lifestyle got molded towards our final way of living, which is more minimalistic than I ever thought I could be if I’m honest. One of the things to go was the not needed celebration expenses, although, I managed to talk him into getting us a pumpkin for the final year we got our carving on. One pumpkin. For both of us.

You have to understand I am very jealous and protective of my creations, and after primary school have not shared my things with anyone really. But this time, I did. And you know what? It was amazing! We spent hours in the bathroom stabbing away, laughing and talking. And the end product? A toothy, round-nosed, heart-eyed, gorgeous little pumpkin! The quarters I carved were every bit as detailed as they used to be, but this time they were not melancholy or angry, this time the features were made with love and joy. His additions were like the clouds on the sky, fitting for such a dreamy occasion. He even prompted us to do a spooky photoshoot with our newborn vegetable child!

That was the last pumpkin we carved, and it happened in our second year together. Each year I look back and mourn a little for the loss of this ‘’tradition’’ which I had tried to keep up for such a long time. I have come to understand, though, that death is for the dead, and life is for the living. And while this doesn’t mean the end of my Halloween fetish, it did bring me to an understanding that I can’t keep living for the dead anymore, waiting to rejoin them, always hoping for something better that will never come.

It has been painful for me, as with all the other things I’ve let go of ever since I stepped into my new life as Mrs. Vana. But with every sacrifice, something new comes forth. As I mentioned before, I now have the incredible opportunity to try and fuse together my Western culture with his Middle-Eastern one!

For a creative person filled with ideas, this situation is near heavenly! All the lore, the celebrations, the seen and hidden meanings and mythos to explore! And the biggest thrill of all, as my husband taught me, is that every day can, and should be worthy of some celebration!