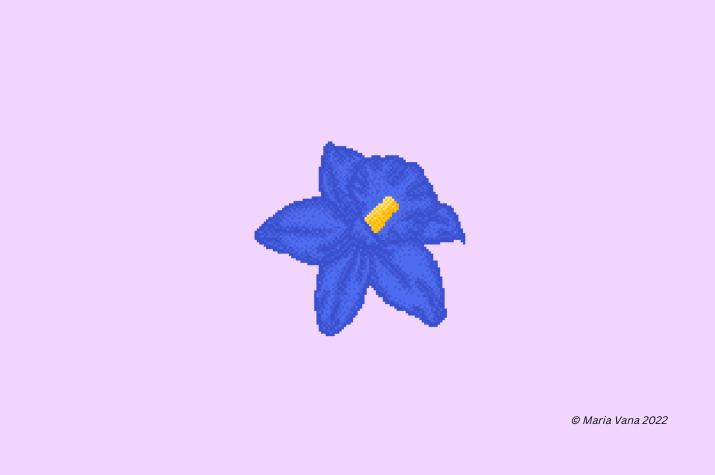 I wrote a post in August of 2021 talking about the book I was, and still am, working on diligently. This is a follow-up to that one since as you can probably tell, I did not manage to get it out before the end of 2021 as I had planned.

My friends, it is time for me to admit to a mistake I have made in regards to the whole process of bookmaking – I severely underestimated the time and various variables that affect it in post-production! I really thought I was done for a moment there! And well, I sat down with my husband after he had read it a bit. And we talked. And talked. And well, I came to the conclusion that some of the things (most of the things really) we talked about would be nice to implement into the story.

That then led to a serious brainstorming session from me, which then lead to a completely renovated skeleton of the story, and that in turn… I am currently writing the whole new version of The Narcissus Blood Bank. Oh boy, the story I’ve chosen as my first self-published book is living its best life, sometimes it seems even without me having consented to it!

The story of the original version was something I have been proud of for ages, ever since I came up with the idea and wrote the first version years ago. However, after the talk with my extremely logical and down-to-earth husband I had to yield to the thought that the plot had some serious holes in it. And I mean, the kind of holes that make you ask: “But… why would you do that, why!?”. Those questions were more than justified. I had to come up with a more compelling heart for the story, while still keeping loyal to the original.

I adore the process of creation more than most things under the sun, but I have to admit that it stung a bit to have to maul the characters, plot, and even the world that I had been so invested in for such a long while. It had to be done though, and I would do it all over again if this sort of situation arises in the future, which I’m sure it will (I have boatloads of old stories and book drafts that need to be brought into the modern days, I wrote them about two decades ago and so they don’t quite match my style anymore).

As I mentioned before, I severely underestimated some things related to the process. Now, a good girl would’ve listened to her husband and done what he hinted at from the beginning, but unfortunately, I am no such good girl. I had to have it my way.

Don’t do this to yourselves or your loved ones, my friends, it’ll kill the joy of creation. While deadlines and strict rules and regulations may help some, I have this sneaking suspicion that most of us get bogged down by the pressure and the constant nagging voice in our heads should we give it too much power. I’m not saying don’t have any structure, get that 1 000 words or an hour of writing or whatever your goal is, done for the day. Just don’t tell yourself that you have to be getting the finished product out and about within the next few months unless, of course, you are some sort of otherworldly wizard.

As much as we’d like to control all things in our realm, we simply can’t do that. I learned my lesson when it comes to my creative process: Focus on writing, however long it may take. There is plenty of time to hype and market and plan the launch AFTER I actually have the finished book in my hands. This way there is no need to feel bad and fall into a BPD depression after missing the self-imposed deadline and failing to deliver on the hype.

Did I say depression? Oh, right, you might not have guessed, but I have the tendency to take failures pretty hard. Life is over, I’m doomed and the world is ending. And when it is about my writing, I take it even harder, since it is my passion and the feeling of having let down my own heart and soul is somehow worse than disappointing the multitude of people I’ve managed to spread the hype onto.

Be kind to yourself. Let the story breathe, live, and lead you into the graceful place of creative flow and freedom from the mundane life, that tranquil and fantastical place of mediation. Let it do that without giving birth to the beastly anxious critic that would destroy the flow with its mere existence. Don’t be like me, and start procrastinating at the thought of disappointment.

So, after having learned the lesson of finishing the book before I start telling people when it will be out, what can I tell you about my beloved Narcissus Blood Bank now?

I can tell you that it will be significantly longer, like, at least twice the word count that is also embodied in the few extra chapters I will be writing in. I can tell you that the practicalities of Ridia’s endeavors will be more credible and relatable and that her motivations to do what she does are now way more streamlined and believable.

There will also be more about the world lore, as well as characters and their backgrounds. The depth of the world I am currently creating will be so much more fleshed out and vibrant than in the original, it will be amazing!

While I am bummed out still, anxious, and insanely paranoid about the effects of my failure to deliver when I said I would, I am also incredibly proud. It takes courage to step out of the shadows once more, and do what I know to be the best thing to do in this situation, which is apparently to completely re-write the story I had already finished.

The journey will have loads of pits to fall in on it, but I will have more faith in my steps from now on. I’ve become wiser, more forgiving, and yet somehow more disciplined simultaneously because of this project.

All that being said, please look forward to dwelling in the new and improved corridors of The Narcissus Blood Bank when it eventually comes out!